4 May 2021 – Saracen Fund Managers’ Graham Campbell explains why value stocks could continue to outperform, even after some strong recent gains.

Cyclical and value orientated shares have had a strong run over the past six months. As Buffett said “A rising tide lifts all boats”; from here we expect progress to be more modest and more company specific. Stock picking will become important again.

Nevertheless we suspect that there is still some way to go for many investments categorised as ‘value’ as traditional measures still suggest their improved prospects are still not recognised by investors.

Rising bond yields have boosted banks and more economically cyclical business. It is perhaps surprising that growth shares are still near peak levels despite the previous narrative of their premium ratings being justified due to lower growth elsewhere. With tougher comparatives ahead and economic activity accelerating, we expect this to be the final domino to fall.

Recently, we have seen the increase in bond yields in expectation of improving economic activity. As anticipated, this has benefited the more value and cyclical orientated shares. While the short-term bounce has been impressive, relative valuations still remain around TMT bubble levels.

Also, it would appear that while value shares have bounced, funds flows remain firmly focused for now into growth investments.

There are always several narratives that appear logical in explaining historic share price movements. Many of the growth shares are seen as game-changing with demand for their products almost inelastic. It has also been suggested that with depressed earnings elsewhere, it was logical that investors would pay higher premiums for growth, where it existed.

There appeared to be a strong inverse correlation with bond yields that appeared to support this. The recent rise in bond yields has improved the respective performance of value, but there still appears some way to close the gap and for bond yields themselves to move closer to long term ‘average’.

In a glance at some of the prospectuses, many companies were loss-making and valuations were ‘aspirational’. Perhaps the Deliveroo IPO was a sign of a more cautious investor environment.

As populations are released from lockdown, some of the like-for-like numbers that were supportive during this period may appear more challenging in the year ahead. 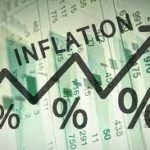 The current environment of improving growth, higher bond yields and rising inflation expectations is a supportive backdrop for equities, particularly the more cyclical and value orientated. Earnings momentum against very weak comparables is likely to provide a tailwind.

There will be a pick-up in demand, bolstered by strong government and central bank policy support and a high domestic saving ratio that could lead to some punchy growth (and maybe even some fun!) when we are released from lockdown.

Not all value shares will prosper under inflation, which implies higher long-term interest rates. It is likely to be good news for banks but bad for businesses with weak balance sheets and high indebtedness. For what it’s worth, we are finding few cyclical businesses that remain attractive and recently we have top-sliced some where we feel the valuation and yield is no longer as supportive as they were six months ago.

Looking at the recent losses incurred by Archegos Capital on investment banks, which amounted to $4.7bn in the case of Credit Suisse, two points came to mind: first, do they never learn? Do some banks still not know their customers and prefer to chase short-term profits, without understanding the potential risks? Second, I was reminded of Buffett’s views on margin trading that “if you’re smart you don’t need it and if you’re dumb you shouldn’t be doing it!”

As we have stated in the past, banks are leveraged businesses and we actively screen out the weak and those actively growing their risk weighted assets. It’s a sector where it’s important to buy quality at attractive prices. Despite the substantial rise in share prices, valuations remain appealing. 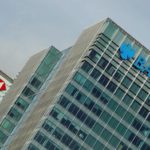 Despite very strong rebounds from last year, some banks still look attractively valued. During the first few months this year, certain holdings reported better than expected FY20 results and surprised on the upside with guidance. Barclays was in this category, which also reinstated a small dividend combined with a £0.7bn share buyback program. AIB also looks to resume normal dividend distributions in line with regulatory guidelines in 2021.

Barclays and AIB have now rallied 132 per cent and 189 per cent respectively since their lows in March last year. Both businesses have capital buffers above regulatory capital requirements and trade respectively at 0.55x and 0.5x of their book values. We believe these valuations do not reflect the growth potential these high quality banks have in an environment of rising inflation and interest rates.

Beyond the banks, Interpublic continues to outperform the competition due to its higher exposure to US and Healthcare advertising. With the acquisition of Acxiom in 2018, it has a unique approach to client data analysis and CRM work it offers to clients. We believe the company will benefit from a strong rebound in advertising, especially online, in 2021.

Intel for once reported better than expected numbers, but most importantly the market took comfort from the incoming CEO who is looking to re-establish Intel as the leader in chip design and manufacturing. The first signs are already visible in management’s expectations that the majority of its 2023 products will be sourced internally with its 7nm process.

Just like other industrial names, Heidelberg Cement early on indicated that FY20 results were better than expected. Most importantly, the company reported a strong ROIC improvement and reinstated its dividend. Management was optimistic about the favourable trends in infrastructure and private residential, which bodes well for 2021 performance.

The start to 2021 could not have been any more different to last year’s. US Treasury yields have rallied from below 1 per cent to 1.7 per cent: although still not quite back to pre-Covid levels. Inflation pressures, something we warned of last year, are now almost consensual. Expensive technology names that were the outperformers last year have underperformed in the year to date. This all led to value shares outperforming growth by almost 9 per cent last quarter.

Many have been waiting for this for a long time and although the move is quite stark in the short term, there is a lot of ground to be made up. We continue to find many businesses that fall into the value camp, where we believe their prospects are significantly undervalued by investors.

Graham Campbell is chief executive of Saracen Fund Managers. The views expressed above are his own and should not be taken as investment advice.