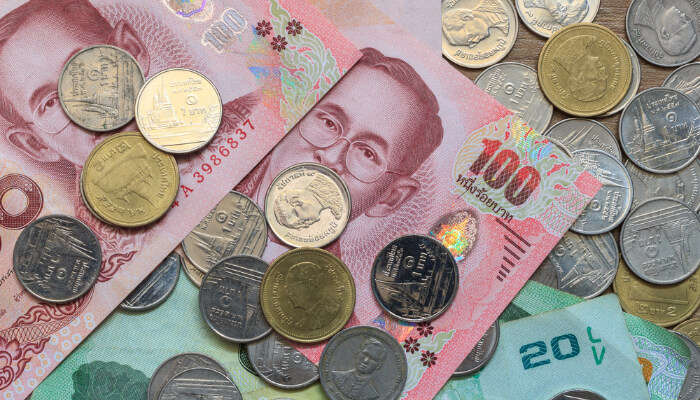 The Thai baht, once the strongest-performing currency in Asia before the pandemic, has been steadily falling in 2021 and is this year’s worst-hit currency in the region, according to Mizuho Bank.

The Japanese bank pointed to “uncharacteristic under-performance in the Thai Baht, rendering it the worst performer to date in 2021” in a note on Friday.

The Thai baht has plunged more than 10% against the U.S. dollar year-to-date, as of Monday morning, according to Refinitiv Eikon data.

Thailand’s currency is the weakest-performing this year compared to other major Asia Pacific currencies, according to Refinitiv. Against the greenback, the Japanese yen is nearly 7% lower, the Malaysian ringgit declined by 5%, while the Australian dollar is down 4.43% year-to-date.

“At face value, THB as the unequivocal and significant laggard does not square with Thailand’s solid (albeit diminished) current account surplus or relatively low inflation,” wrote Vishnu Varathan, head of economics and strategy at the bank.

In 2019, before the Covid pandemic hit, there were concerns about the strengthening Thai baht, which was buoyed by its large trade surplus. A stronger currency makes the country’s exports more expensive, causing them to be less attractive in international markets. 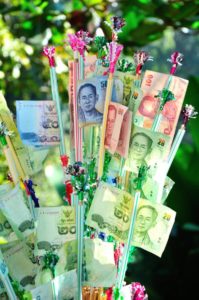 Still, the Asian currency’s underperformance this year cannot be solely blamed on the Covid pandemic, considering that the impact of the delta variant on the rest of the region is “far more dismal,” Varathan said.

Varathan pointed out the sharp decline in tourism numbers has actually multiplied the “Covid devastation” on Thailand’s economy.

They want to fully reopen by October. I think that’s probably too ambitious, probably not going to happen.

Thailand had only over 34,000 tourist arrivals as of May this year, compared with over 39 million in 2019, according to data from its tourism ministry as well as the World Bank.

The Southeast Asian nation relies heavily on tourism dollars for economic growth. Tourist spending accounted for about 11% of Thai GDP in 2019, before the pandemic.

“The sheer force of this ‘tourism multiplier’ means that it remains the decisive drag on THB,” Varathan said.

“Further ‘variant risks’ and attendant rolling delays to tourism/travel resumption will continue to pose a clear and present threat to the THB,” he said, referring to new variants of Covid.

“Very challenging’ to reopen to tourists”

Thailand’s over-reliance on tourism is going to be “very challenging” for the country as it seeks to reopen up to tourists while still battling with the pandemic, Nomura’s Chief ASEAN Economist Euben Paracuelles said on Thursday.

The country’s attempts to reopen its tourism destinations have not gone well, he told CNBC. 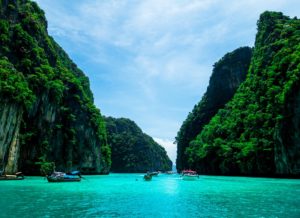 In July, Thailand started a so-called “sandbox” pilot scheme in Phuket, where tourists can visit the holiday destination without quarantining. But just a week after it reopened, it recorded one case — a tourist from the United Arab Emirates. By the end of the first week, it had 27 new cases, according to the Associated Press.

“So to be able to open up, I think (it) will be a very big struggle and they have very ambitious targets, they want to fully reopen by October. I think that’s probably too ambitious, probably not going to happen,” Paracuelles said. “And because of Thailand’s over reliance on tourism, I think that’s where the drive and the recovery will be coming from the most.”

The above article is for informational purposes only and was originally published by CNBC.

With so many clients of Ethical Offshore Investments residing in Thailand, we thought it relevant to share this article, as the Thai Baht currency movement will potentially have an effect on future transfers into, and out of Thailand.

If you are a resident of Thailand and would like to get information on how this recent movement in the Thai Baht may be affecting you, please contact us via the More Information button below.