The Bank of England made a 50-basis point interest rate cut to 0.25 per cent as part of a package of measures aimed at limiting the long-term impact of coronavirus. But what does it mean for investors?

utgoing governor Mark Carney said the Bank had come up with a “timely and powerful package” of measures to mitigate the long-term impact of the Wuhan coronavirus outbreak, which is also known as Covid-19.

The central bank warned that the magnitude of the shock was “highly uncertain” and that economic activity would likely weaken in the coming months, highlighting disruptions to supply chains and increased demand for short-term credit from households and working capital from businesses.

As well as the 50-basis point cut to the base rate, the Bank’s Monetary Policy Committee unveiled a new term funding scheme for small- and medium-sized enterprises.

The Bank’s Financial Policy Committee also announced that the UK countercyclical capital buffer rate –  a tool designed to judge the resilience of the banking system and increased when risks are building up – would be reduced to 0 per cent, down from 1 per cent. This, the Bank said, would make £190bn available for lending to businesses and is equivalent to 13x banks’ net lending in 2019. 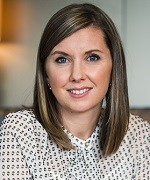 However, Karen Ward (pictured), chief market strategist for EMEA at JP Morgan Asset Management, said the key question was whether rate cutes would work to reduce the impact of Covid-19 on the economy.

“We wouldn’t dismiss entirely the role monetary policy can play,” she said. “Rate cuts and new asset purchase schemes could provide some support to asset prices, as investors are forced to search for yield, and encourage governments to spend given they can finance larger deficits at cheap interest rates.

“Liquidity provisions might also help the banks and prevent a tightening in financial conditions.”

However, Ward added that “targeted fiscal measures” could be a more effective way to shore up the economy, in JP Morgan Asset Management’s opinion.

“Rent and wage subsidies and tax credits would give companies confidence in their ability to manage down their costs in line with their falling revenues,” she explained. “This will prevent a vicious cycle of demand weakness leading to job cuts and further demand weakness.”

Nevertheless, it is likely that all eyes will be on new Chancellor of the Exchequer Rishi Sunak and his first Budget this afternoon to see what kind of support the UK government will also be offering.

“While the action from the Bank of England and the Treasury on the same day signals the policymakers’ preparedness to respond, the high degree of uncertainty around the extent of the coronavirus spread and its economic impact makes it difficult to gauge whether the new policy measures are going to be sufficient to avert a recession this year,” she said.

“This combined approach should help support the economy and demonstrates that the Bank of England is ready to act, and will be creative with their support of the economy,” he said. “We anticipate easy monetary policy in the UK will be with us for the foreseeable future and more easing is likely. Bonds should continue to perform.”

Nevertheless, the measures already announced by the Bank of England should be beneficial for bond markets.

“We would say the moves on the counter-cyclical buffer and term lending for SMEs are more important and more useful than the rate cut,” said Paul Brain (pictured), head of fixed income at Newton Investment Management and manager of the BNY Mellon Global Dynamic Bond fund.

“The problem is not so much with the cost of credit as with the flow of credit, and the former two help with that.”

Brain added that gilts were already pricing in a cut to UK interest rates, so he expects little immediate reaction to the news from bond markets.

“Once the economic threat has dissipated the longer-term influence would be to see yields rise if growth rebounds,” he said.

However, the news might not necessarily be well-received by the UK stock market and any big moves are likely to be determined by the details in this afternoon’s Budget statement.

“Rate cuts such as these – and the one executed by the Federal Reserve in the US last week – are designed to bring economic and market stability,” said Emma Wall, head of investment analysis at Hargreaves Lansdown. “But investors shouldn’t expect the stock market reaction to be wholly positive.

“While lower interest rates should mean good news for any debt-laden consumers, it also confirms that the Bank of England expects there to be a negative impact on the domestic economy, which is unlikely to be well received by the stock market.

She added: “We saw this last week when the Fed cut rates – an initial rally lasted less than 30 minutes before markets began to shun equities for ever less yielding but capital preserving bonds.”